Today, I woke up at 6AM.  I packed the last of my bags, which was just my laptop, and listened to some [email protected] while waiting for everyone else to get ready.  At approximately 7AM, we left home for the Pacific Crossing to get into the US.  We arrived at the border at around 7:45AM, and waited 50 minutes to get across because of some ridiculous people that kept cutting into line.  It was making me rage, and ironically, my dad, who usually rages, didn’t, which really surprised me.

Anyways, we got across at around 8:30AM, and stopped at a Jack in the Box at around 8:45AM, where we ate breakfast.  I got myself a breakfast burrito.  Man, it was SO good, but I could feel that fat kicking in right away.

We left at around 9:15AM, and continued on Interstate 5 – South.  I called shotgun, and set the GPS in the right direction.  I played some Chinese songs for my dad to listen, and then sharply fell asleep for about half an hour.  When I woke up, we were reaching a low level of gas (I should have rephrased this, but whatever…good for now…), so we stopped at a nearby Shell gas station, which I found on our GPS.

After filling up our car with gas, we kept going down I5-South, until around 12PM, where my mom needed to use the washroom really badly.  We found a nearby rest area by Manchester (I don’t remember too clearly), and everyone in the car took a nice “break.”

We decided to look for food soon after, and stopped 10 miles later, at Centralia, Washington, and ate at Arby’s.  I decided to take it easy, and ate a nice, filling salad (I know, who eats a salad at Arby’s?  Well, I do…).

We, again, continued down I5-South.  I fell asleep soon afterwards, and by the time I woke up, it was 2:10PM, and we were on I-205 South.  I was awake to see our car cross the Columbia River, which separates Washington and Oregon.  We got to our hotel soon after, at around 2:35PM.  It was a Best Western hotel, located near Troutdale, where it is apparently very scenic.  Anyways, we checked into the hotel, and left.

We left to go to Columbia Gorge Premium Outlets, which was close by.  My parents bought me a t-shirt from Guess, and other than that, we spent over two and a half hours walking around shops.

For dinner, we went to Red Lobster, which was located nearby.  We had to wait over an hour for a table, but oh well, I liked the food.  There, I had a…never mind.  I’ll let the picture below tell you:

Anyways, again, all you need to know is that it was good (…).

We got back at around 8:30PM, and went swimming at the hotel pool at around 9PM.  There was a small pool, with a hot tub and a sauna.  I moved around the three areas, and it was fun and relaxing.

Now it’s around 11PM, and I have to go sleep in preparation for sightseeing tomorrow. 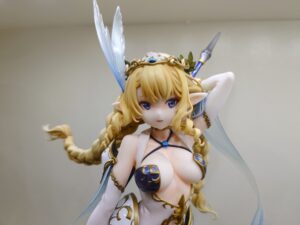