September 3rd marked the 5th year anniversary since the start of [email protected] Cinderella Girls Starlight Stage. Seeing the game and the franchise grow these past few years has been really interesting.

Over the past few days, there has been a lot of things that the game is celebrating. First, we got a review of the various events over the past year. Personally, my favourite events from this past year are: Gossip Club, Mirror Ball Love, Gyutto Milky Way, and Hohoemi Diary. I haven’t read the event commu for them yet (I still have to continue with the main commu), but the songs were great.

Second, there were 50 jewel login bonus leading up to the anniversary, and this is continuing towards the end of the month.

In addition, the gacha sets were updated. On the anniversary date, cinfes was happening, with the featured card being Riamu. To be honest, I tried pulling for her but failed. There was another special gacha set, this time the cost was 5000 paid jewels. As expected, it comes with 2x 10 pulls. The difference this time was that instead of picking a permanent SSR, you could pick a limited SSR. Because of this, I bought the set. If I was going for a tantou pick, I would definitely pick Miria hands down, but after discussing with my friend, I ended up picking SSR4 Nao. She’s a Cool ensemble, so she’ll increase the effect of other cool idols’ score up and combo bonus. She’s definitely a much needed addition to my cool team.

In addition, there was a 24 hour live stream on September 5-6. It was really good: they streamed the entire thing on niconicodouga and YouTube for free. I missed the first like 8 hours of it cause I was asleep, but managed to watch some other programs, like Photogenic Contest, Deresute Room Contest, Athletic Team Deciding Match, and Bokura no Idol Fair. It was definitely worth. For the Idol Fair, they had the live band again (just like in the Glowing Rock 7th live), and this time, they also had AR live. The AR lives were so cool! They had the very recent and full versions of “Hero Versus Reinanjou” and “Kagayake! Beat Shooter”. Those were SOOOO good. I also finally put a face to Reina’s VA. She’s really cute, and I’m looking forward to seeing her in future Cinderella Girls lives.

I probably did a bad job of trying to cover things that they’re doing to celebrate their 5th anniversary, but as a player, I’ve really enjoyed this game and hope to see it grow even more in the future. Although I wasn’t able to play a lot when it first came out cause my phone couldn’t handle 3D Live graphics, I enjoyed the game’s fresh take on idol rhythm games at that time.

Another thing is the double EXP/fan gain during the anniversary. It’s always a great motivation to play more. I’ve been collecting data on my game play for the past year and a half, and the gain has been pretty good. Below are some of the graphs I have for my fan and producer level gains, respectively.

Anyways, that’s all I really had on my mind at the moment. Until next time! 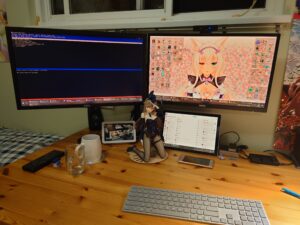 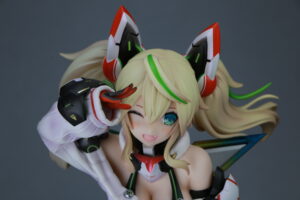