My first trip was to Victoria, BC for a soccer tournament.  As lucky enough as I was to go, we placed first in the tournament.  Good job to all of my teammates, and special thanks to coaches and parents for making it possible!

My second trip was to Sun Peaks Resort in BC.  This trip was for a band and choir festival.  It took 4 1/2 hours to get there and another 4 1/2 hours to get back, minus rest stops xD.  It left my friends and I 9 hours to do whatever we wanted.  We mostly played cards on the moving bus.  When we got there, I was amazed.  I was lucky enough to stay in the Coast Sundance Lodge.  I have to say, that hotel was pretty epic.  Although we didn’t go skiing or snowboarding, you could walk out of the hotel and BAM, there was the ski hill.  The rooms were also very nice, with a fully functional kitchen and in some, a balcony :D.  I definitely enjoyed my stay there, excluding the terrible rules set out by our teachers.  There were lots of activities planned out, but most of them sucked, such as the scavenger hunt.  We had to roam around the village, finding answers to dumb questions.  Another thing was: we didn’t have enough free time.  I wanted to hang out longer with my friends, but, once again, there were too many activities planned out…however, I went to a smoothie shop there, called “Vertical Juice & Smoothie”, and I was surprised.  The smoothies were excellent, and there was free Internet access with a drink, which made it even better!

The third and final trip was grade 8 camp to Timberline Ranch, located in Mission, BC.  I came back yesterday, and that was AWESOME as well!  Again, I wished there had been more free time, but it was sufficient.  The thing I would probably remember is the food, the good times playing Bomberman with my friends, playing Cops and Robbers with cards, and Truth or Dare.  First off: food.  The food was epic.  It served “buffet” style.  Pretty much every meal I ate at least 3 plates (filled).  Next: Bomberman.  Whenever there was short periods of free time or at night, my friends and I took out our Nintendo DS’s and played Bomberman.  I will remember that Drew Millan improved significantly and Drew and I pwned our other friends, Marvin and Daniel at it :D.  Third: Cops and Robbers.  I played the cards version of Cops and Robbers with my friends that were girls (I’ll put it that way…).  The objective of the game is for the Robber (A: Ace) to kill all the Civilians (1,2,3,4,5,6,7,8,9,10) before getting arrested by the Cop (K: King).  I must have spent hours playing that with them (hehe).  Finally: Truth or Dare.  I played with girls and a couple of guys, too.  I got dared to do many things, like hugging girls for 30 seconds, dancing like an idiot for a minute, and even going into the girls washroom when nobody was looking for 5 seconds.  That was pretty fun, both Truth or Dare and the trip itself :D.

Now, it’s time for me to finish my Renaissance project, which is due on Monday.  Bye! 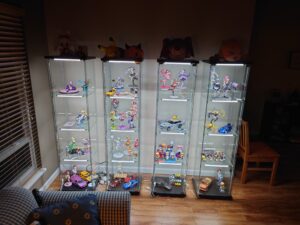